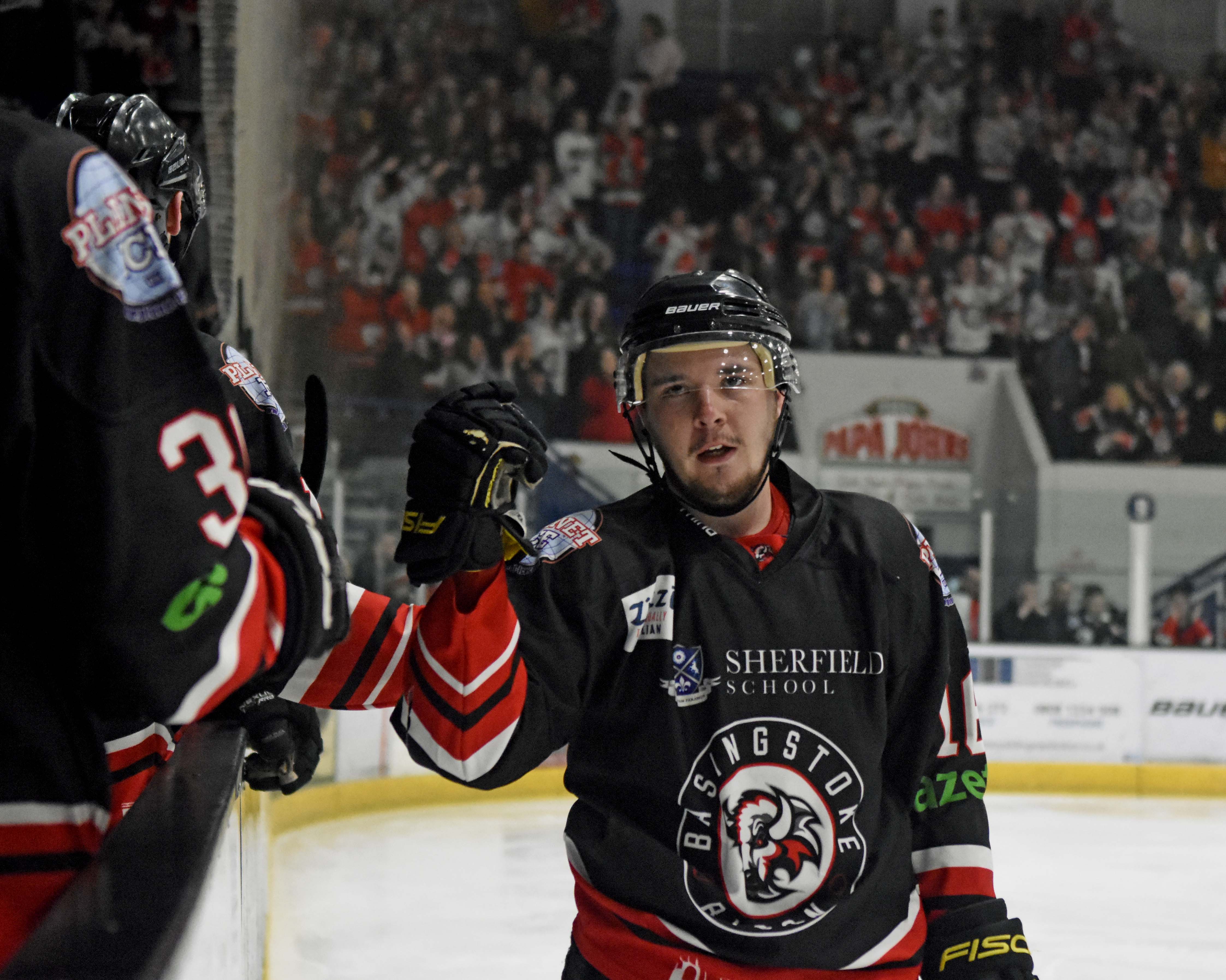 First New signing for the Bison: Sutton is a Bison

The Trane sponsored Basingstoke Bison are pleased to announce that our first new face to the roster is someone very familiar to the Herd, Basingstoke born Forward, Ryan Sutton re-joins the roster on a two-year deal following a season icing for the Bracknell Bees.

Twenty-four-year-old, Ryan returned 9 points from 35 games last term (5 goals and 4 assists) fand the previous year whilst icing for the Herd, Ryan had a stand out season scoring 23 points from 32 games ( 9 goals and 14 assists) and was voted the Supporters British Player of the Year at the End of Season Awards.

Ryan, came through the Basingstoke Junior system and in 2016 / 17 season headed to Canada where he played for Komoka Dragons and Tottenham Steam putting up a combined 10+17 from 32 games. He also previously iced for the Bison in the EPIHL and for the Basingstoke Buffalo in the NIHL 2.

On penning a two-year deal with Herd Ryan commented, “'I’m really happy to be back playing for my home team in Basingstoke and super excited to get the season started! Looking forward to working with Ash and Tosh and getting in front of the home fans again! See you all in September and have a good summer”.

Coach Tait commenting on Ryan re-joining the roster said, "Once we'd established Ryan was interested in coming back to Basingstoke there was no question whether we'd make this happen. I think he'll fit in well with the guys we have coming back and I know he's excited to get started already".

Ryan will wear Jersey number 61 on his return to the Bison roster and his home and away jerseys will be available shortly through our ever popular ‘Own and Loan’ scheme.