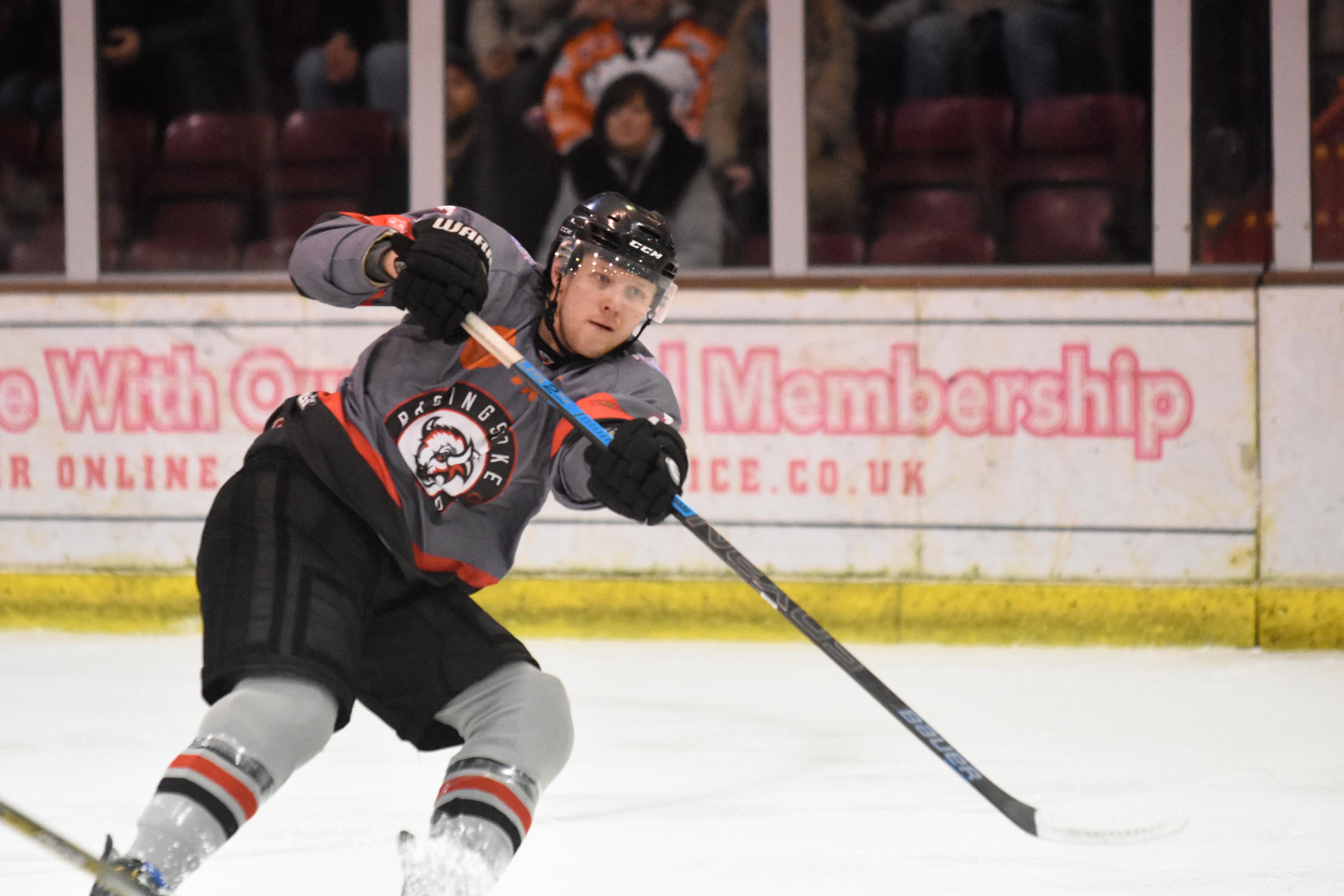 As exclusively revealed in this morning’s Basingstoke Gazette, returning for a second season to patrol the blue line is 23-year-old British defencemen, Adam Jones.

Adam returns for a second season having last year been instrumental on the blue line and his performances earning him a role on the NIHL South 1 Second All star team.

Adam has iced previously for the Guildford Flames and Belfast Giants in the EIHL and the Telford Tigers in NIHL North One. Prior to playing in the UK the former Great Britain junior international played in British Columbia, Canada where he iced for the Summerland Steam, who play in the Kootenay International Junior Hockey League.

The 6ft 2in defender weighs in at just over 200 lbs and shoots left.

Commenting on his return for a second season in the Bison uniform Adam said, ““Needless to say after coming so close to silverware last year, we have some unfinished business to take care of, and I’m thrilled to be back and be a part of it in Basingstoke. From having the loudest, most passionate fans in the league to the group of guys we had in the room, everything was fantastic, and I can’t wait to get things started again in September.”

Bison player/coach Ashley Tait is delighted that Adam is returning for a second year with the Herd and commented, “I know Adam had other interest around the league and it's a credit to the club and everyone involved that he chose to return. I don't think anyone will disagree that he was one of the top d men in the league last year and I expect him to have a very influential role once again”.

Adam will wear once again wear the number 2 jersey for the Bison and his home and away jerseys will be available shortly through our ever popular ‘Own and Loan’ scheme.