Last night the EIHA shared some great news for our plans to return to competitive play, when they announced that they had successfully secured from the government Ł1.2m for the three NIHL divisions.

This has been down to the determined efforts of the EIHA Board, and in particular board member Andrew Miller who has worked tirelessly as our NIHL National liaison... 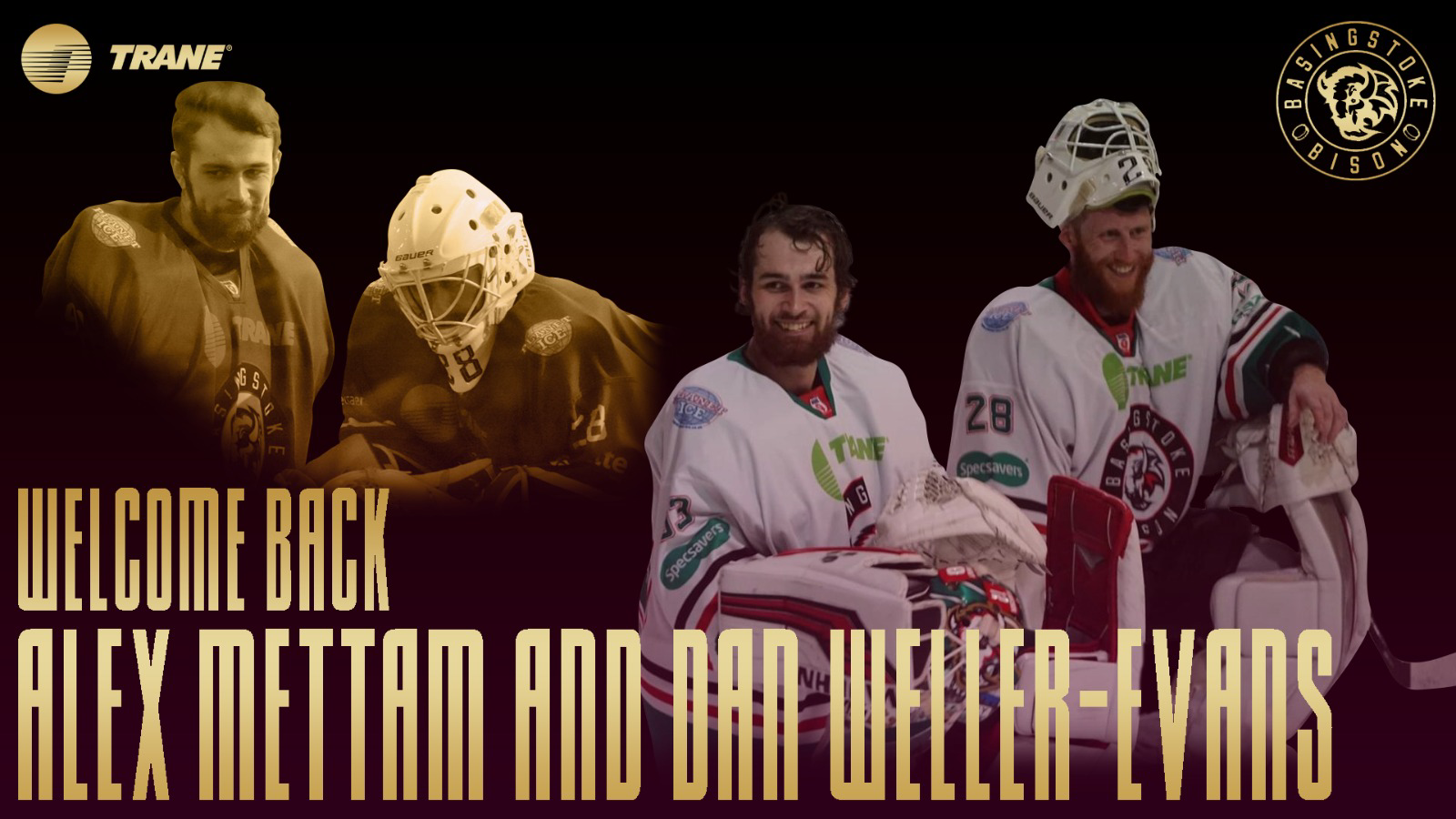 As announced during the virtual End of Season Awards show and confirmed in this morning in the Basingstoke Gazette. The Trane sponsored Basingstoke Bison are pleased to confirm that both Alex Mettam and Dan Weller-Evans will be guarding the cage for the forthcoming season.

Both netminders are returning for Coach Tait’s third season in charge of the Herd and this will be Weller Evans seventh straight season in a Herd jersey.

Mettam picked up two awards in the End of Season presentations for the 2019 / 20 season namely the Players’ Player of the Year and also the Supporters Players of the Year and Alex commenting on being back with the Herd had this to say,

“I’m really excited to be back alongside Dan again this season. I’ve enjoyed playing for Ash & Tosh since I came to Basingstoke, there is no better team to be a part of so it was an easy decision to play another year here”.

“We’ve been in the mix for silverware in the last couple of years and will be aiming to improve on that in the coming season, I can’t wait to get started again in these unprecedented times”.

On signing for his seventh season in a Bison Jersey Dan commented,

“It’s no secret the love I’ve always had for this club, and so it’s always an automatic yes to come back each season. The last two seasons with Ash and Tony in charge have been the most enjoyable years of hockey I’ve had and I know that will be the case again this upcoming season.

“I’m delighted to have Mettsy back with me as well, we bounce off of each other and I couldn’t ask for a better partner to help me improve. I’m itching to get going as soon as we can and looking forward to helping this team challenge for silverware in the 2020/2021 season“.

On returning both his netminders for a third season Coach Tait commented,

“I didn’t have any hesitation in resigning both Alex and Dan. Their attitude is second to none, they work really well as a pair and both Tosh and myself consider them a pleasure to work with. They have a team first mentality whilst constantly pushing each other to be better week in week out.