Coach Tait supported by the players and Junior Bison Coaches is pleased to announce that the Bison Hockey Academy will be running activities in the Spring Bank holiday and again in the summer holidays.

Commenting on the announcement Ashley said,


"We had a great "Back to the Ice" Skills session camp at the weekend and we are now pleased to announce... 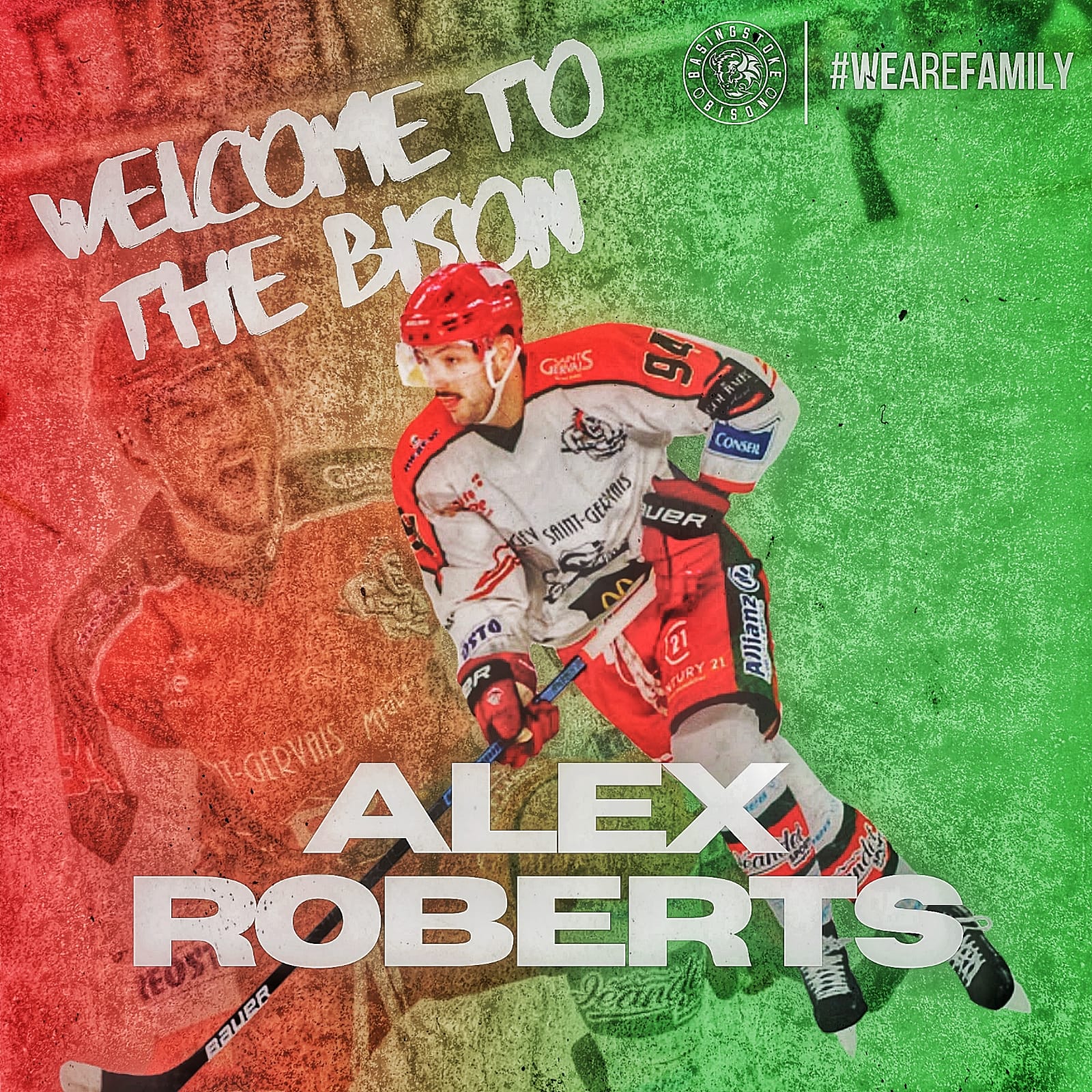 As announced exclusively by our sponsor the Basingstoke Gazette this morning the Trane sponsored Basingstoke Bison are pleased to announce the signing of our first overseas player for 2020 / 21, Canadian forward Alex Roberts.

25-year-old Canadian forward Roberts joins the Bison having iced last season for Mont Blanc in France 2 where he posted 20 points in 23 games (15 goals and 5 assists) and 49 minutes in penalties.

Alex will be familiar to Bison fans as he iced in the 2018 / 19 season for Streatham where in 41 games played he scored 32 goals with 27 assists for points total of 59 and served 32 minutes in penalties, he was also given the accolade of being voted onto the NIHL1 South - First All-Star team.

Hailing from Burnaby BC, weighing 205lbs and standing 6’3” tall, the right-handed shot forward prior to icing in the UK had played College hockey at Utica.

Commenting on signing for the Bison Alex said,

“I am very excited to be a part of the Bison organization! I have heard nothing but great things from former teammates and coaches about Basingstoke. I hope all of the fans, and my future teammates are staying safe and healthy and I can’t wait to get back to the UK and get the season going in Basingstoke”.

“I'm excited to see Alex play on a day to day basis. He's got size, speed, a great shot and knows where the net is. I also like he can play with an edge and has a nasty streak when required. He came highly recommended and I have no doubt he'll become a fan favourite very quickly”.

More signings will be released shortly so keep your eye on the club website and social media platforms for all the latest news.