After the success of our October half term Junior Camp Coach Tait and the Trane sponsored Basingstoke Bison are pleased to confirm dates for our second camp which will be held over 3 days in the Christmas break.

The camp will run from Monday 21st to Wednesday 23rd December 2020 and will comprise of two on-ice sessions each day complemented by off ice and classroom... 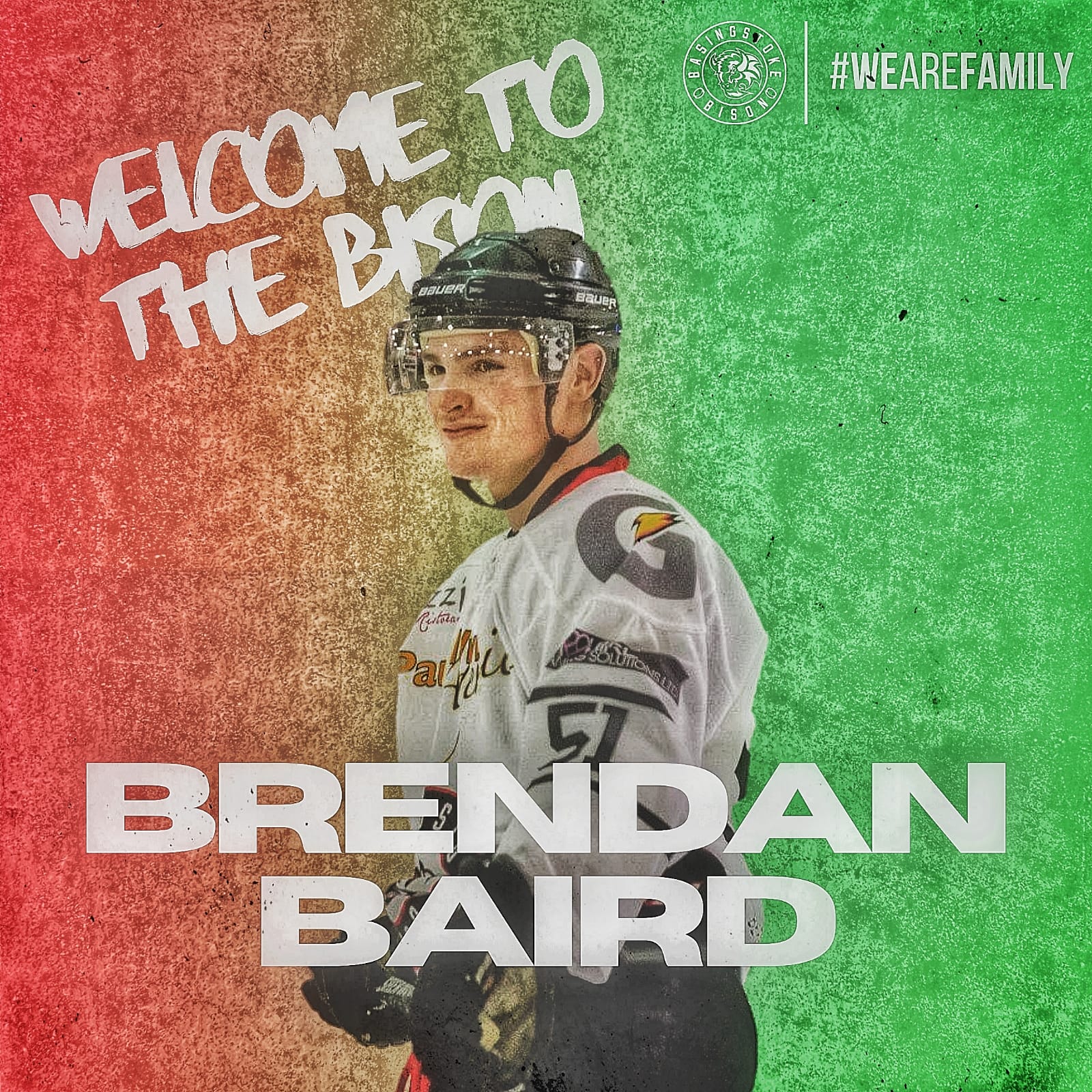 New D Man for the Herd

As exclusively revealed this morning the Trane sponsored Basingstoke Bison are pleased to confirm the signing of Southampton born Defenceman Brendan Baird for the 2020 / 21 season.

Baird iced for the Bison in the EPIHL during the 2014 / 15 season, he then iced for the Wightlink Raiders until their sad demise, before icing for the Oxford City Stars, Streatham and for the past 2 seasons with our local rivals the Bracknell Bees.

24-year-old Brendan played 44 times for the Bees last term scoring 5 goals and 19 assists for 24 points whilst he sat 100 minutes in penalties.

Standing 5’9” tall, weighing 181 lbs the right-handed shooting defenceman had this to say about the Herd,

”I can’t wait to play in front of the loudest fans in the league. With the players that Ash has recruited for the oncoming season I have high hopes that we will be taking some silverware home this year.”

“I think Brendan is a great addition to our line up and is going to fit in well. He has the capability to add some offence, he plays with an edge and he competes every shift he is on the ice”.