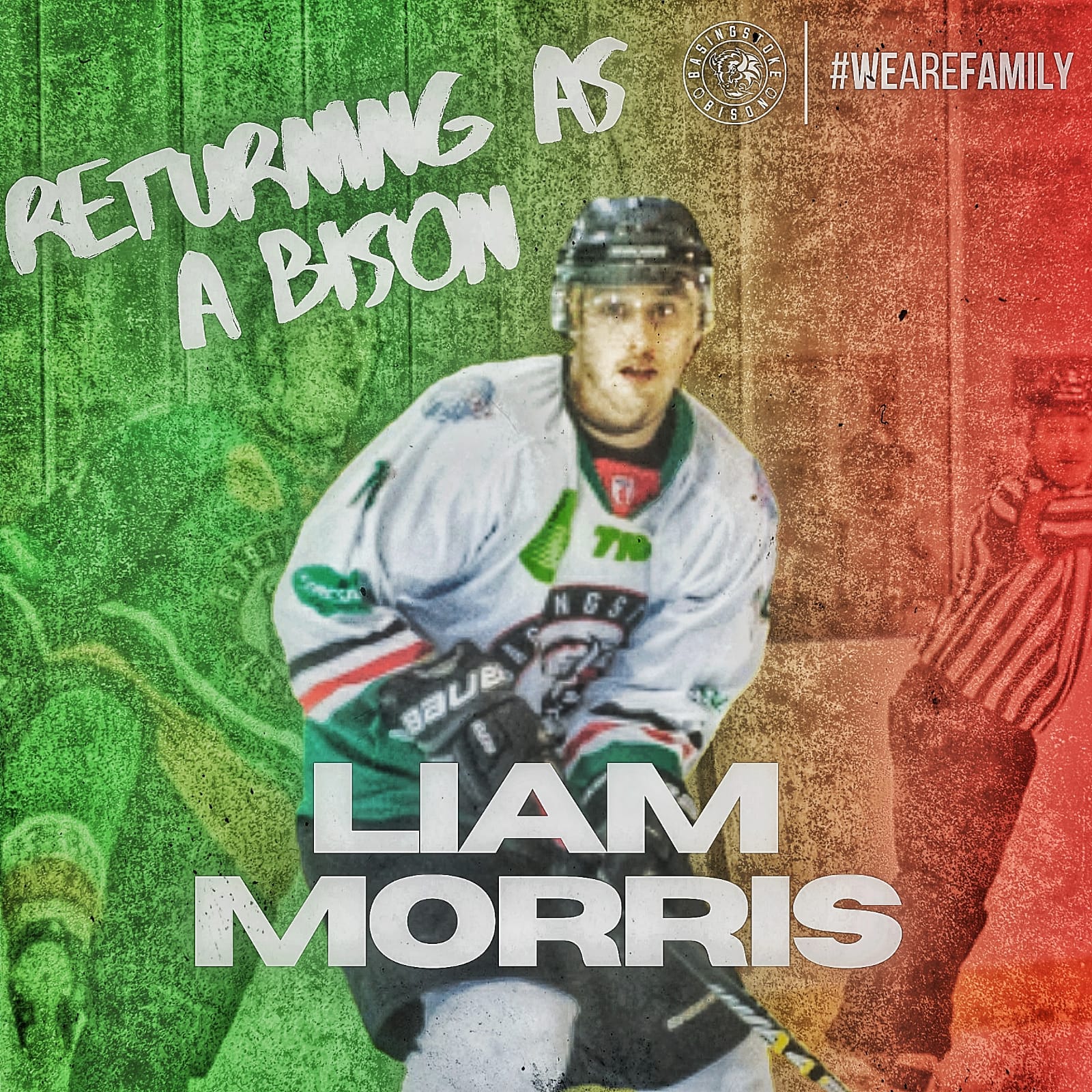 As exclusively revealed in this morning’s Basingstoke Gazette the Trane sponsored Basingstoke Bison are pleased to confirm the re-signing of Liam Morris for the 2020 / 21
season.

Commencing his third season in a Bison jersey, 25-year-old Scottish born Morris who last season scored 6 goals and had 21 assists for a season total of 27 points whilst serving 108 minutes in penalties.

In his debut season in British senior hockey Liam iced 28 times for the Herd totalling 23 points and serving 117 minutes in penalties.

Last season Liam was awarded the Bison’s “Most Improved Player” at our virtual End of Season awards and Coach Tait commenting on re-signing a fans favourite said,

” It was important to get Liam back as he's one of the few players who is comfortable both up front or on D. I think last year was a big improvement for him and he matured massively from his first year. Of course I want to see him keep on that same course as I think his role will continue to grow.”

Prior to joining the Bison in 2019 Liam played for Northern Federals in the FHL and the Toronto Attack in the GMHL, he has also represented Great Britain at U20 level and Scotland at the Junior National Conference tournament at U13, U15 and U 17 levels.

Standing 5’9” tall, weighing 163lbs and a left-handed shot, Liam commenting on re-signing for the Herd said,

” After the way things ended last season it only felt right to come back for another season and keep battling away at winning some silverware. Can’t wait to get back at it, whenever that may be!”

Tomorrow night (Friday 24th July) at 7.30pm Liam will be taking over the clubs official Instagram feed in another of our ever popular “Ask The” sessions.

So get your questions in to @bstokebisonofficial” ready for Mo to reply to.