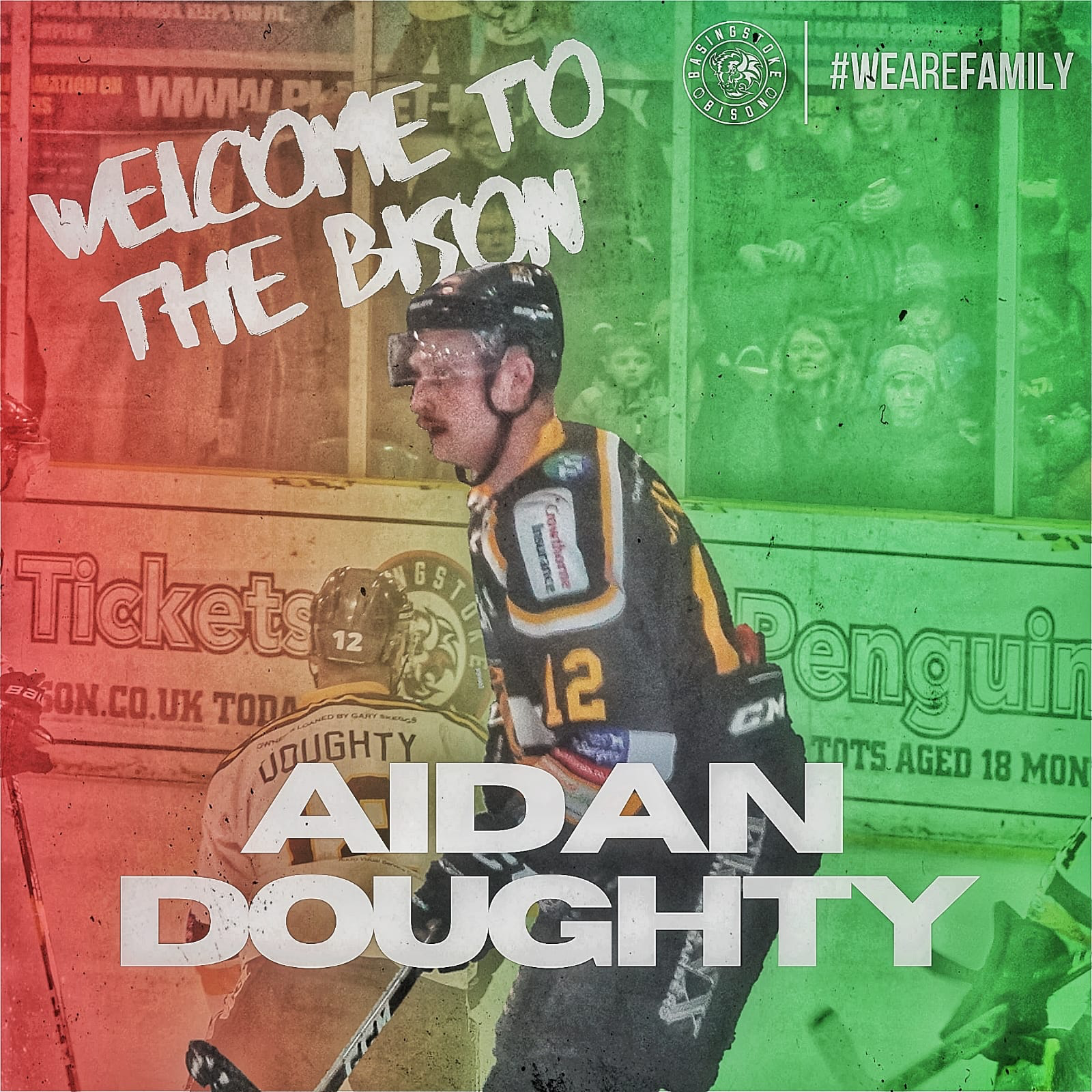 As exclusively revealed in the Basingstoke Gazette this morning, the Trane sponsored Basingstoke Bison are pleased to announce that forward Aidan Doughty will be joining the roster for the 2020 / 21 season.

Doughty joins the Herd from the Bracknell Bees where in the past 2 seasons he has played in a cumulative 82 games, scoring 32 goals + 31 assists for 63 points, and serving 92 minutes in penalties.

Aidan was born on the Isle of Wight where he first discovered ice hockey through the IOW Junior Programme.

In 2013, Aidan headed to the USA to further his career and played Boulder Jr. Bison, a Tier II Junior A ice hockey team based in Superior, Boulder County Colorado scoring 4 + 5 from 21 starts.

From there Aidan moved to Colorado Roughriders and Superior Roughriders of the Western States Hockey League with totalling 34 + 41 for just 50 PiMs across his three years stateside.

Returning to the UK for the 2016 / 17 season, Doughty joined the Wightlink Raiders for a short spell before moving to the Solent Devils where in 22 appearances he put up 17 + 20 points.

The 25-year-old, 6’2”, 201lbs the left hand shot forward commenting on inking a deal with Herd said,

“I’m more than excited about joining the bison, when Ash contacted me speaking about the plans and what to expect next season I was excited, I’ve spoken to some of the boys and all they have to say is good things about the club so it’s a no brainer really, every game I’ve played in Basingstoke the fans have sounded amazing and after a long off season I can’t wait to get back in my skates and put on a bison jersey”.

Coach Tait commenting on bringing Aidan into line up said,

"Aidan will add a physical presence to our forward line up. He loves to play simple, physical hockey. When he goes to the net he generates opportunities and makes things happen. I'm excited to be working with him this year."