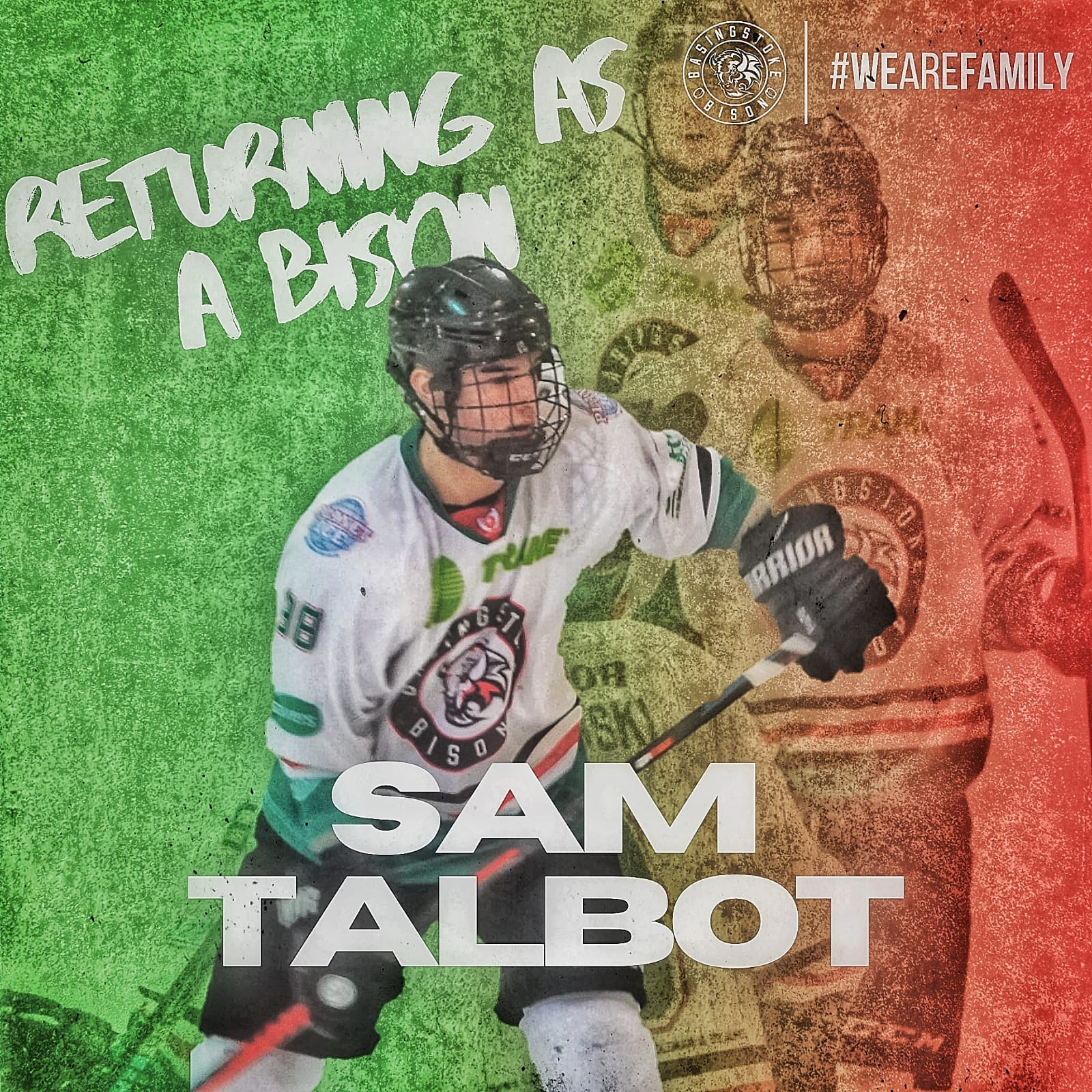 Having originally signed for the Herd last season on a 2-way contract while playing for the Slough Jets in NIHL 1, Talbot joined the Bison full time in January this year. In 20 games for the Jets he scored 41 pts (28+13) with 4 penalty mins, followed by 15 pts (10+5) in 29 games for the Bison, with a further 4 minutes in penalties.

Sam began his hockey career in Swindon during the 2014/15 campaign and over the next 3 seasons appeared at U15, U16 and U18 level, before a 14 game, 19 goal spell at the Hive with the Bracknell Drones in 2016/17. As part of his hockey development, Talbot spent a season playing in the HEO U18 league for the CIHA White Midget AAA based in Rockland, Ontario, during which he played 30 games, scoring 25 pts (17+8) and accumulating 16 penalty minutes.

19 year old Talbot, a right handed shot who stands at 6’ 0” and weighs 170 lbs, had this to say about signing for a 2nd season in a Bison jersey;

“I really enjoyed my first season in Basingstoke and after speaking with Ash, it was clear it would be the right choice for me to re-sign. I’m excited to get back in front of the best fans in the league, and can’t wait to get going.”

“I think last year Sam came in at just the right time for us and definitely improved our line-up. This year is where I believe he can really put his stamp on the league. His game is well rounded, he can play in all situations and I think he'll take on the extra responsibility well”