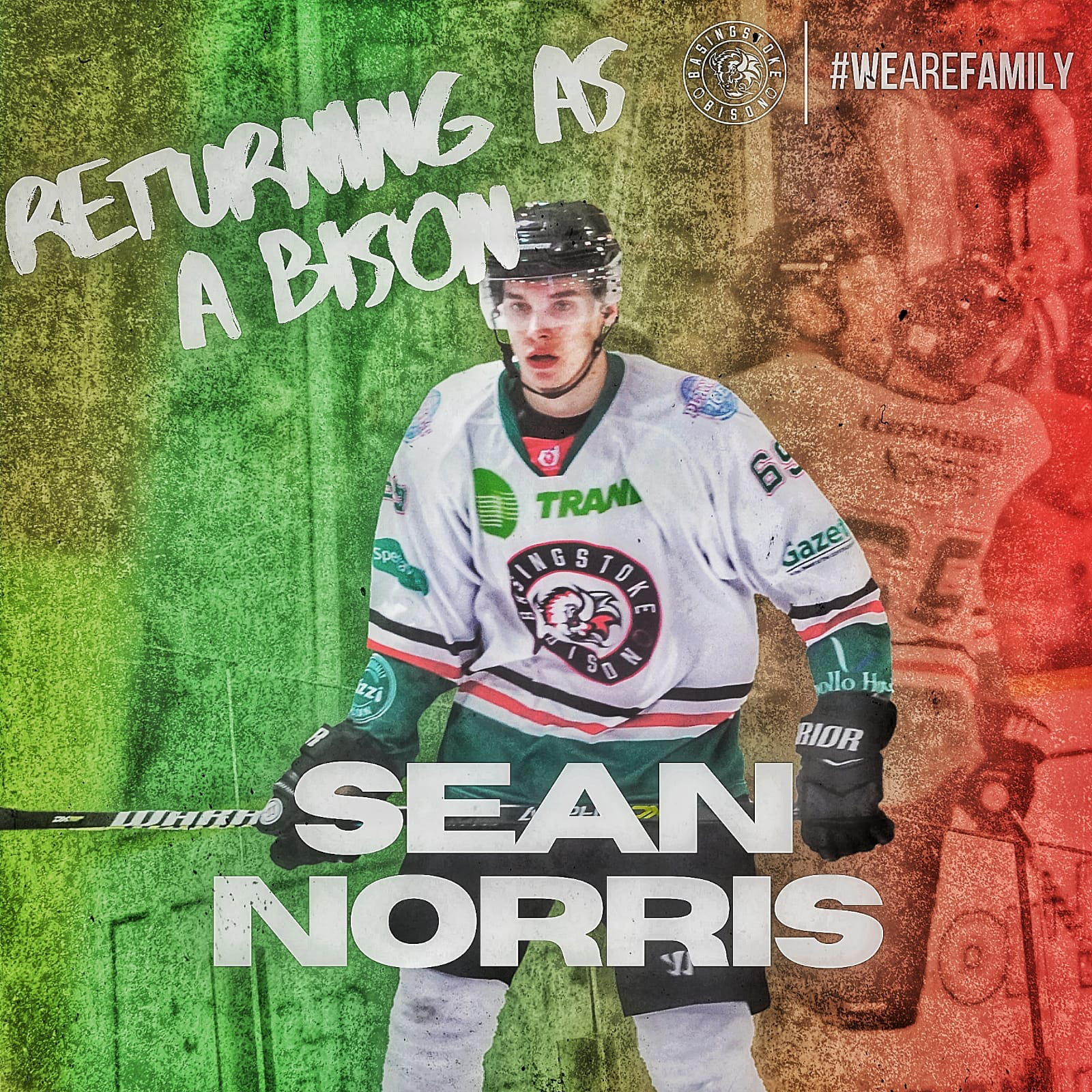 NORRIS RETURNS FOR FIRST FULL SEASON IN A BISON JERSEY

As exclusively revealed in this morning’s Basingstoke Gazette, the Trane sponsored Basingstoke Bison are delighted to confirm that British forward Sean Norris has put pen to paper on a new deal with the Herd.

Norris joined the Bison at the start of the 2019/20 season on a 2 way deal with the Slough Jets after impressing Head Coach Ashley Tait with a match winning performance at the Coventry Finals weekend when playing in the National Division 2 championship game versus the Widnes Wild. In January 2020 Sean joined the Herd roster on a full time basis.

20-year-old Sean started his hockey journey as part of the Bracknell Junior Development programme, he has played for England at the Quebec International Pee Wee tournament as well as the South West conference at under 11, 13, 15 & 17 levels.

In 2018/19 Sean iced for the Slough Jets in NIHL South 2 whilst also signing a 2 way deal with the Milton Keynes Thunder. Playing 24 games for the Jets Sean scored 79 points (35 goals and 44 assists) and served 62 minutes in penalties and he also scored 11 points in 19 games as a 2 way player in Milton Keynes.

“I am honored and looking forward to wearing a bison jersey for the second season. Great group of positive guys in the changing room all wanting the same thing. Winning. And the loudest fans with the best support in the league”.

Coach Tait on gaining the signature of the much sought after forward commented,

I think Sean came in at the right time last year and made his mark straightaway. He's a natural goal scorer and they don’t come along too often. He was obviously under the radar a little bit last year so isn’t going to be afforded the time and space this time around but I'm confident his production will be there again.

Tonight (Thursday 20th August) at 7.30pm Sean will be taking over the clubs official Instagram feed in another of our ever popular “Ask The” sessions.

So get your questions in to @bstokebisonofficial” ready for Sean to reply to.